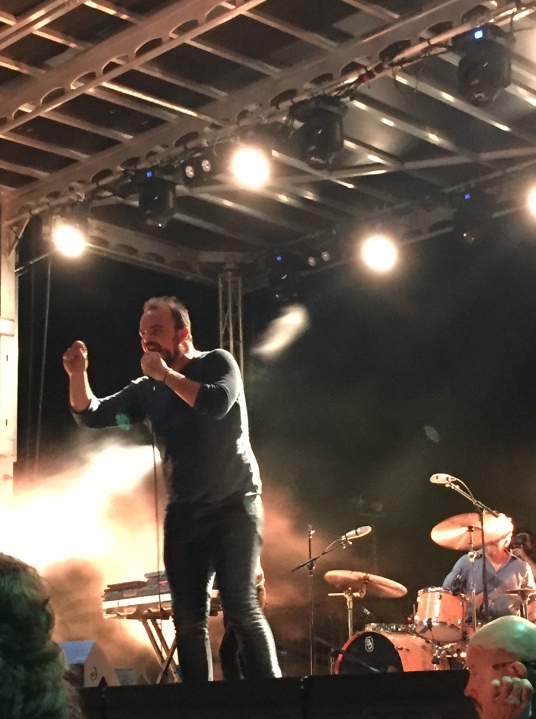 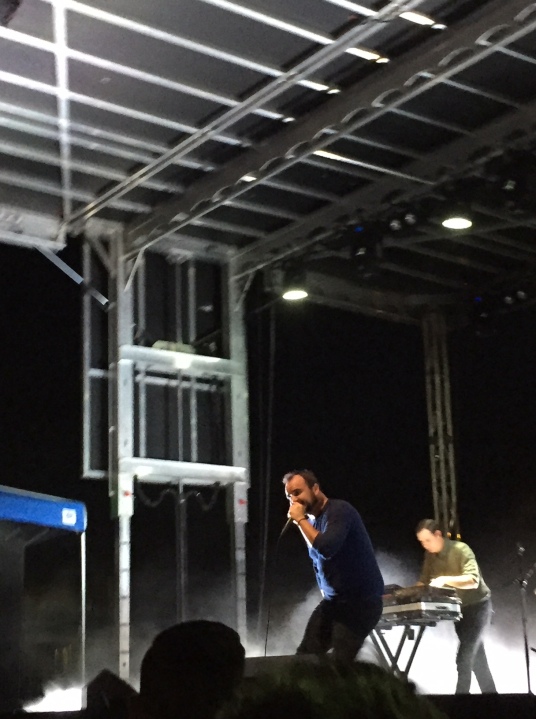 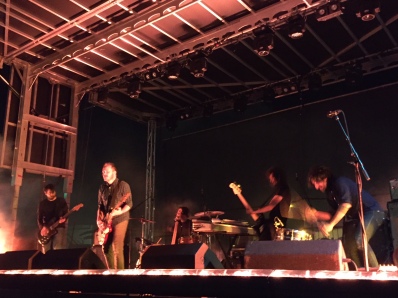 Music is something so potent and powerful, it can do incredible things. It can motivate you to lift more than you thought possible, physically and emotionally. It can repair the soul and take your mind off of things for a little while. And more importantly, it can bring people together.

After the vile terror attack in Las Vegas at a Country music concert, concerts, as well as the safe spaces we view it in were violated. As a community, we must see this violation and commit wholeheartedly to not allowing it to happen. Nobody should be allowed to murder almost 60 people and shoot over 500 people who were attending a show. These people made plans, with friends and family, to go enjoy music for a while, to distract themselves from the problems in this world for just a couple hours. And this was taken from them.

I saw Explosions in the Sky and Future Islands in Omaha, NE on Saturday night, the night before this horrific attack. As I was watching the show, mouth slack-jawed at the impeccable performances, I realized how important and amazing shows are. It only took one day for that sentiment to become solidified and intensified by ten.

Future Islands is a motivational speech acting as a band. Their music is singularly modeled to empower the soul and propel you to greater heights. Whatever condition your spirit is in, whether you’re hurting, in repair, or just in need of a big hug, Future Islands’ music can call to action.

As the beat of a song starts out, lead singer Sam Herring introduces the meaning of the song and an opportunity to learn from it. He tells the crowd exactly what is in his heart. He relays the feeling of hurt, abandonment, healing, hope, fear, and more.

He then performs each song with a tidal wave of emotion and passion. He’s like a wrecking ball onstage, bursting out with powerful air-punches and inspired dance moves. He truly grooves to the music and in turn, the audience grooves too. During the hour long therapy/dance session, he performed such hits as “Ran,” “Seasons (Waiting For You),” and “Cave.”

At the end of the show, Herring was so sweaty, anytime he pounded his heart passionately to the music, beads of sweat would fly into the air and drip down his face. At the end of the show, my soul definitely felt like it was in a stronger place than it was before. That is until it was demolished by the next band.

Explosions in the Sky are a purely instrumental band that features at least four guitars at all time. Their music is like a wall of sound, growing louder and more dominant each second. They tell stories through their guitars. These stories, told without words, express feeling through chord changes and crescendos.

The perfect understanding of harmonies and tones make for a very cinematic experience. It’s like the band always knows what octave to shift to for crafting the feeling of hope. They know how to play their guitars to portray giving up, and they can build up the emotion of fighting, battling through these dark feelings.

My favorite song performed was “The Birth and Death of a Day” from their 2007 classic album All of a Sudden I Miss Everyone. The way this song begins, with heavy guitar distortion and fuzz, only to reduce down to a quite whisper, then to rise back to a defiant and compelling shout. It truly feels like it’s telling a story. From the chaos of birth, to the tranquility of youth, to the hectic rush of being an adult and witnessing life all around you. This song makes me feel truly limitless.

That’s the way the entire show felt. I’ve never really gone to a show and felt so carefree and inspired by the music. It’s especially significant that the music featured no lyrics or talking of any kind. The band came on, thanked the crowd for showing up, then immediately rocked out like crazy for an hour and a half, then thanked the crowd again and left for good. No encore.

While walking away from the show, preparing myself for the three hour drive through the night back to Lawrence, KS, I couldn’t help but feel like I was changed, motivated, inspired to do something bigger than myself. I wanted to write this review right then and there and have the headline be: “Explosions in the Sky puts on the best show I’ve seen all of 2017”

This show absolutely was the best I’ve seen all year. When I wasn’t being brought nearly to tears by the beauty of the music, I was being amazed by the perfection of the music. It was pretty much an even split of being brought to tears and shaking my head in amazement for the entire show.

It was that Saturday night concert, outdoors in Omaha, surrounded by people equally moved by the music, that made me really appreciate what concerts can do. Concerts aren’t just about seeing a band perform on a stage, but they’re about creating that emotion. That feeling of true freedom and bliss. Taking you away from the world for just a couple hours. Those couple hours can be everything to someone.

As the country and the world remains in shock after the incident in Las Vegas, music must become more healing than ever before. I know that it’s going to be difficult to face the fact that this can happen again, but we must not ever let it. Everyone who has ever felt their souls mend and bloom at a concert should feel protective of these special places.

Music is the language the whole world speaks, and it doesn’t accept hate or violence. Concerts are for uplifting the spirit, not for death. This attack won’t win. Please, at the next concert you go to, take a minute among the music to look around and see how many people are joining you in this moment, sharing this feeling. These are your people, this is our community, and that is more important now than ever.

Las Vegas is where I am from, where my family lives, and where I learned to love music festivals. If you can donate any extra money, please do so HERE

And if you’re reading this in pain, I’m with you. We’ll get through this pain together.