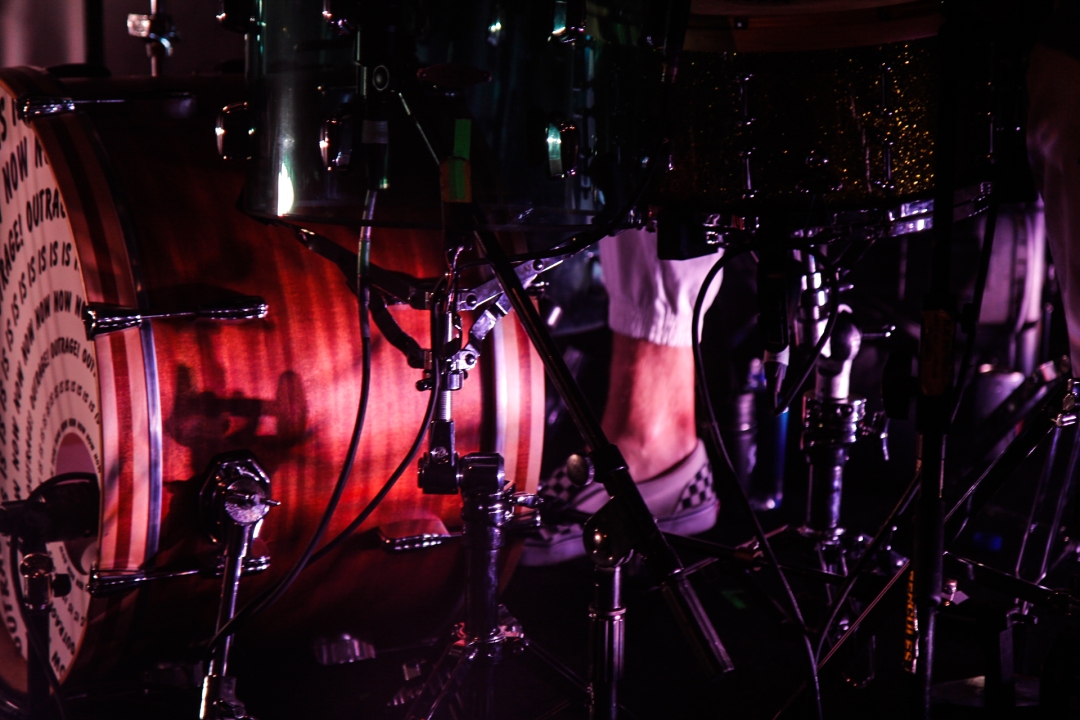 Outrage! Is Now: Death From Above Bring the Noise to Kansas City 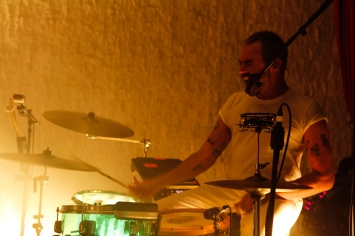 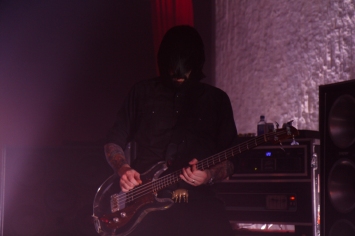 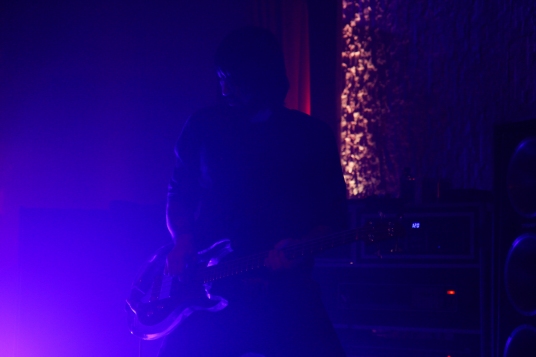 On Wednesday, Toronto indie-rockers Death From Above played a rambunctious and hard-hitting set at the Record Bar in Kansas City, MO. The two-piece tore the roof off the venue with their heavily distorted bass and bruising drums.

The world was a much different place when Death From Above 1979 released their acclaimed 2004 album “You’re a Woman, I’m a Machine.” The album was beloved by rock fans who were captivated by the amount of sound these two guys could create. The group then took a 10 year hiatus before returning with “The Physical World.” Now, back and better than ever, Death From Above performed in support of their new album “Outrage! Is Now.”

The band opened with the first song off the new album “Nomad,” which blared out of the speakers so loud that my earplugs almost seemed useless, as hearing damage was inevitable, and accepted. It just seemed like part of the deal of going to a Death From Above show.

The song “Virgins” pounded out of the enormous speaker stack the band had onstage as guitarist Jesse Keeler strummed his distortion-heavy bass guitar and vocalist Sebastian Grainger crashed into his drum kit while singing with amazing range. He shouted every word while hammering his drums, which is honestly one of the most impressive things ever.

Fans in the audience said that they have waited 10 years to see the band live and in person, and the energy in the room mirrored this feeling. Fans shouted every word along to “Turn It Out” the album’s opener, which screeches with aggression and absolutely blistering drums. Fists pumped emphatically in the air.

The unstoppably catchy song “Freeze Me” got every foot in the venue moving. The band experienced difficulties with the sampler while performing the track, but didn’t let it stop them.

The band concluded their regular set with a blistering trifecta of “Trainwreck 1979,” The Physical World” and crowd favorite “Romantic Rights.” During “Romantic Rights,” the band built the anticipation and power of the song until the exact right moment before unleashing the final chorus. The amount of energy the band produced during this song could crumble buildings and collapse regimes.

They closed their set with “Pull Out” which was a highlight of the night as it was a crowd request, and the fastest song played. During this track, the crowd pushed and shoved each other joyously, celebrating the rarity of seeing this band play live after so many years.

Death From Above sound exactly like their name. The sound produced by these two guys is staggering, and the catchiness of the songs makes listening incredibly easy. There is no doubt that the world is a better place with them in it, even if they’re best suited for soundtracking a riot, as the new album states, “Outrage! Is NOW.”