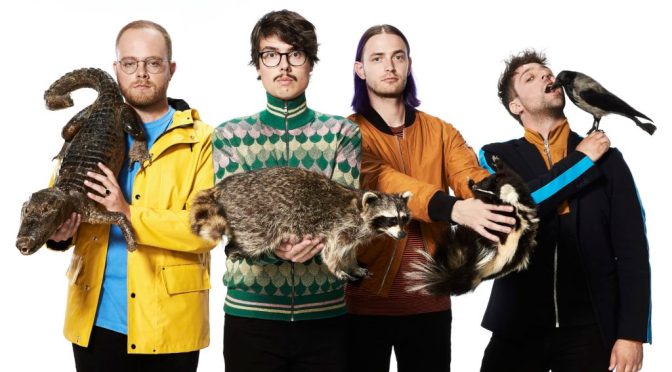 Here’s a not-so-hypothetical hypothetical. You’ve worked all week. You’ve slaved at your laptop, you’ve been in and out of meetings, and your boss has been riding you like Seabiscuit all. week. long.

You, the weekend warrior- you, the one who works the desk– YOU deserve to dance.

Joywave and Sir Sly are on the bill, and both have experienced huge levels of success, on record and in concert. Both have played festivals and shows around the world, and specialize in making booties move.

Joywave has been playing high octane rock music since 2010 and hail from Rochester, NY. The group brings an electric vibrancy of sound with slick guitars, heavy drums and bass, and catchy as hell vocals. Lead singer Daniel Armbruster provides a sort of nerdy charm to his performance and guitarist Joseph Morinelli absolutely shreds licks down.

Don’t miss “Destruction” and “Somebody New” for optimal dancing tracks that are guaranteed to make you forget about your week.

In addition to Joywave, Los Angeles indie-rockers Sir Sly will open the show.

Sir Sly’s sound pulses with electronic synthesizers and chest-rattling bass. Their songs hit like a dart to the head- they STICK IN THERE.

Sir Sly has made a big name for themselves cutting up the club scene and pretty much touring constantly for years. They’ve proven to be formidable in making crowds eager to sing and dance along with their catchy tunes.