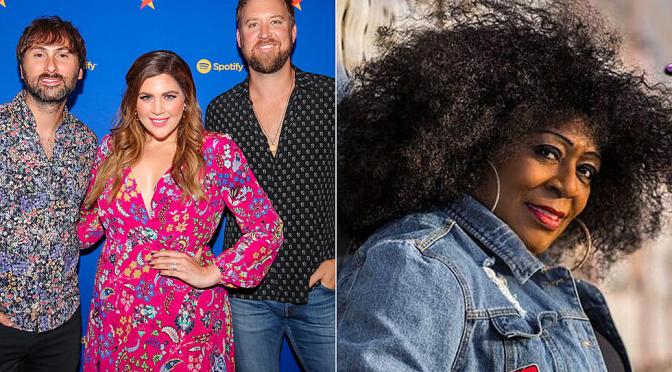 There is currently a contentious legal battle between one of country music’s biggest and most caucasian acts, and a 62-year-old black blues musician from Seattle.

In Case You Missed It: Lady Antebellum changed their name to Lady A back on June 11th. They did this because Antebellum refers to a time before the civil war, and conjures, I don’t know, some negative attention to a group of white country singers from the South.

On June 12th however, the world heard from Anita White, a Seattle-based soul singer, who has been using the name Lady A for decades.

Today, as CBS News reports, the band said in a statement, “Today we are sad to share that our sincere hope to join together with Anita White in unity and common purpose has ended,” the band members of Lady A said in a statement to CBS News. “She and her team have demanded a $10 million payment, so reluctantly we have come to the conclusion that we need to ask a court to affirm our right to continue to use the name Lady A, a trademark we have held for many years.”

So from my view, a massive rock act had to backtrack on their shitty band name, stole a black woman’s name, and when she said, “You can use it, just pay me,” they decided to sue her for the rights to the name.

I wonder how this is going to shake out.

Now’s probably a good time to remind all our readers out there that BLACK LIVES FUCKING MATTER!